Santa Barbara, CA August 5, 2012 – Santa Barbara Rock Gym, Santa Barbara’s first and only indoor rock climbing gym, will be holding their grand opening event on August 24th from 6pm-9pm at their brand new 8500 square foot location at 322 State Street. Santa Barbara Rock Gym will be raffling off prizes from Sterling Ropes, Evolve Shoes, and other vendors to benefit the Santa Barbara Marine Mammal Foundation. The event will provide a great opportunity for owner Will Russ to showcase his brand new location and contribute to a worthy cause.

Russ has been working towards his goal of opening Santa Barbara Rock Gym for the last 9 months, and after an extensive search, found a suitable venue at 322 State Street with enough space and high ceilings appropriate for housing an indoor climbing gym. The designers at El Dorado Wall Company, the premier rock wall builders in the world, have created a challenging and impressive wall layout with routes that cater to a variety of skill levels and climbing grades. Word is spreading quickly throughout the Santa Barbara community regarding the new gym, and the excitement is palpable. “Santa Barbara has such a thriving climbing community, it is inspiring to hear all of the positive feedback we’ve already received,” says Russ, who has already been approached by local schools about climbing programs for their students. Their services will include group events, birthday parties, team building, summer camp programs, beginner’s courses, advanced courses and climbing teams.

Santa Barbara Rock Gym owner and founder, Will Russ, graduated from Brooks Institute of Photography in 2007 and spent much of the last six years traveling the world as a surf photographer. Russ has always been passionate about the outdoors, and in addition to Santa Barbara Rock Gym, he volunteers for the Marine Mammal Center to rescue and rehabilitate injured or sick animals.
Thank you for your attention to this matter. 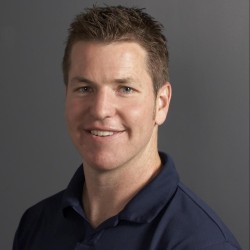