Yoga Styles With a Local Twist

It is not uncommon to see yoga as a top ranking activity on many people’s to-do lists. Yoga is something that people say they will do, “eventually,” “another day,” or “when they are back in shape.” What these very capable individuals do not realize is that now is the time to do yoga. Waiting only decreases your chances of being physically able to participate in the future. People make many excuses to do yoga, but “the best excuse not to go to yoga is that you just got back” (lululemon athletica).

Living in Santa Barbara, we are extremely fortunate to have a plethora of different types of yoga available, alongside countless studios and teachers that provide amazing services and classes. The intent of this article is not to recommend any particular studio or type of yoga, but rather to educate you, a Santa Barbara local who may have yoga on your “to-do” list. Our goal is to move yoga from your “to-do” list to your “tasks completed” list, and encourage you to integrate yoga into your weekly routine. Ray Kolbe who produces Yoga Santa Barbara Style, a local TV show on channel 17 explains that, “Yoga provides a method for each person to develop themselves physically, mentally, emotionally and spiritually. Yoga is a way of living. It is a recipe for a healthful, happy, fulfilling life, helping people to better themselves as well as providing a better community for others.”

The first type of yoga that is widely available is called vinyasa. It is “breath-synchronized movement” and can be more or less vigorous based upon the performance of a series of Sun Salutation poses, where your movement is matched with your breath. As you fold forward, you exhale, as you stand all the way up, you inhale. It is also comprised of a continuous movement from one posture to the next, and deep stretching at the end of class. It is also commonly called “flow,” or “vinyasa flow.” Subcategories of vinyasa include Ashtanga and power yoga. Strength and flexibility are two key components that vinyasa yoga targets and improves. You do not have to already have such capabilities to do yoga—as yoga is meant to create and develop these abilities. Some studios have features such as heated rooms, candlelit settings, or music to further cleanse or relax the body and mind. Studios who offer vinyasa often offer it at different levels—so when choosing your class make sure to look for the level that suits your needs and abilities. Local studios that offer variations of vinyasa classes include but are not limited to: Source Yoga, Santa Barbara Yoga Center, Power of Your Om, Yoga Soup, Better Days Yoga, Mesa Hot Yoga, Yasa Yoga, and CorePower Yoga.

Some yoga focuses more on attention to detail and a series of postures, with each one having a specific internal and external and benefit. Bikram Yoga is a 90 minute heated practice, which develops and practices the same series of 26 poses each class. Bikram focuses on maximum cardiovascular benefits, in addition to the strengthening and toning of the entire body. Bikram focuses on holding postures rather than moving quickly through poses as is typical for a vinyasa class. There is only one Bikram studio in Santa Barbara, although various other studios also provide a heated practice.

If you are looking for a slightly less-vigorous workout that will stretch and relax your body, Yin or Restorative yoga may be your perfect match. It is an all-levels type of yoga, with all or most positions practiced on the floor, staying in each posture for an extended period. This type of yoga focuses on the health of the joins in your hips, pelvis, and spine and seeks to repair your connective tissue. Its quiet and peaceful demeanor is seen in terms of counterbalancing ones typically busy lifestyle. Yin or Restorative yoga is offered at Yoga Soup, Source Yoga Studio, Santa Barbara Yoga Center, Better Days Yoga, Power of Your Om, and Yasa Yoga.

Several other yoga practices host a more modern façade than some of the other practices that have roots dating back to the first century. Stand Up Paddleboard (SUP) Yoga features basic yoga poses or Sun Salutations done on a paddleboard, in the beautiful waters of Santa Barbara. AcroYoga is done using a partner to get into certain postures, and uses intense concentration and trust to gain access to deep stretching and strengthening poses. Aerial Yoga, which is available at Airealistic Circus and Flying School in Ventura, uses silk ropes to deepen stretching poses and achieve a strong core workout.

Whether looking to sweat out last night’s late night craving or to soothe your achy muscles after a long week of work, Santa Barbara hosts a wide variety of yoga styles and studios that cater to all of your physical, mental, and spiritual needs. Owner and teacher of Power of Your Om yoga studio, Adrienne Hengles says that, “Everything worth anything takes effort.” Although achieving your ideal level of health and fitness may not come as easily as you may hope, with a little effort, you will undoubtedly surpass the expectations you set for yourself.

An additional tool is available to help you to easily incorporate yoga into your daily routine. Lululemon athletica recently launched an iPhone and iPad app, “Om Finder,” which allows you to view classes and times, make yoga dates with friends, recommend studios, and try and discover new and local yoga styles or studios that you may be unfamiliar with. In order to prepare for your first yoga class or first class at a new studio, make sure to bring a towel, water, and yoga mat if you have one, although most studios have mats you can rent. Make sure you introduce yourself to your instructor and inform them of any injuries you may have. Keeping an open line of communication will ensure that you easily and peacefully flow through any practice.

Someone once said, “it’s not about having time, it’s about making time.” Make the conscious choice and choose yoga before dinner instead of TV. Instead of spending time looking up “how to get healthy,” get to your local yoga studio and these answers will unfold before your eyes. Doing yoga as little as once a week will help speed up your metabolism, heal sore muscles, build stronger muscles, tone and strengthen every inch of your body, and will make you look and feel like the best version of you. 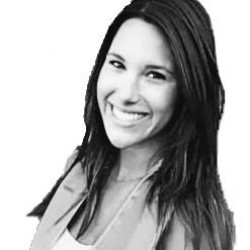 Alex Loria is a graduating senior at the University of California, Santa Barbara. She is a Psychology major and is minoring in Professional Writing. In her free time she enjoys doing yoga, kickboxing, boxing, and running. She keeps a yoga and food blog to inspire people to live fun, healthy lives. She also works for lululemon athletica Santa Barbara. She is traveling this summer and hopes to pursue a career in the marketing or entertainment industries.