The Mind of an Ultra-Runner

“On Friday after work, I might just go home and run a marathon” ultra-runner Chris Clemens said to me, casually referencing his training regiment for his upcoming 100 mile race this July. Suddenly, I wasn’t as proud of the four-mile jog I had conquered that morning.

As a one-time marathon survivor, I find it hard to conceptualize running 26.3 miles, let alone nearly four times that distance. Curious about what could possibly motivate a person to take on such an extreme physical and mental challenge, I tried to get inside the head of an ultra-runner, in hopes of finding some inspiration. Although the pure shock-factor of his physical feats (hiking the Appalachian Trail in four and a half months, running a marathon a month for over a year, completing a 100k, no big deal) were inspiring on their own, Chris’s passion and running philosophy seemed applicable to any goal, whether it be 100 miles or maybe a little bit less.

As I could have expected, there was no simple answer to the always-complicated question “Why?”.  However, as we got deeper and deeper into the conversation, I started to realize that Chris was motivated by pairs of opposites: highs and lows, community and individuality, adventure and simplicity. Although I can’t speak from personal experience, Chris has given me permission to simplify his ultra-running mentality to create a source of inspiration for any personal challenge.

So, here’s how I break it down.

When Chris and I first started talking about how he got hooked on running, he said he could trace it all back to the trophies he won in the 5k races he ran with his dad as a child. A trophy for a kid is the ultimate high, and obviously, as adults, a piece of us is still motivated by this reward mentality. Although new goals, PRs, and longer distances have something to do with Chris’s drive for success, he mentioned that the low moments inspire him as well.

Chris said that he enjoys the physical ups and downs of long-distance running. The perks of the ups were easy enough for me to understand–there’s nothing quite like a runner’s high. That still left me a little confused about enjoying pain. Chris elaborated that when he feels pain he thinks, “This is freedom.” He relies on his own confidence in resiliency, taking pride in the fact that, “Not everyone gets to feel the pain of mile 65.” Although I can say definitively that I will never feel the pain of mile 65, I can still find inspiration in the idea of relishing personal and physical lows. There is something powerful about feeling the ephemerality of pain, knowing that regardless of how bad it hurts, it will not last forever. Once you have confidence in your own resiliency, you have the courage to face failure, pain, and struggle as essential aspects of success.

When I asked about low points during long races, Chris replied that “No matter what race you’re running, you are going to have ups and downs. It’s just that in a longer race, the highs and lows are each longer.” It’s all about a balanced trade off–longer lows in exchange for longer highs. This realization offers an encouraging perspective: the quantity of pain you suffer directly correlates with the intensity of the joy you will experience in your success. They are two necessary pieces of the process toward progress and achievement. In the longer race of bigger, more challenging goals, you can expect more of everything–lower lows should only mean one thing: higher highs.

As an ultra-runner, Chris is a part of an elite community. This group of people can understand each other in a way that their friends and family might not be able to, having never spent an entire day running. Chris mentioned that often, he is motivated to sign up for his races by the opportunity to see his ultra-family. He said at times, especially in his search for a good pacer, he needs someone who understands the lows of the event. However, he acknowledged that “Ultimately, no one can make you take the next step.”

This truth acts in opposition to the inspiring group of the people in the ultra-community. In the end, running is an extremely individual endeavor. While racing and events might involve other people, Chris does most of his training alone, seizing the opportunity for “me time” among the chaos of life. Beyond the individuality of the sport, Chris mentioned how running becomes definitive of the individual: training becomes your life, and you become a runner.

These two opposites come together in what Chris claims are two of his most prominent motivators: personal challenge and surprising people. Using yourself, your limits, and your desires as motivation is a powerful approach, as you know that you can always rely on yourself. However, it is beneficial to gain support from others who understand what you are going through as you strive to meet those goals. But even without direct support from others, you can do as Chris does, and push yourself to do something amazing just for the thrill of shocking people.

Chris claims that ultra-running is just a facet of his adventure lust for life. While he can’t always quit his job and hike in the wilderness for four months, he takes as many long trail runs as possible. Beyond the exposure to the outdoors, there is the general interest in the adventure of the unknown. Chris said of his feats and future goals: “It’s been done, and it can be done, but it’s just another adventure to experience it for myself.” New goals are like adventures–you cannot predict everything you’re going to face as you push yourself beyond your known limits, but in the end you will have conquered something great.

Outside of the complexity of adventure and the unknown, Chris also mentioned the inspiring pursuit of simplicity: the joy of having life simplified to one goal.

Ultimately, after talking to Chris I found an unexpected inspiration in the concept of all of his opposites. As our conversation came to a close, Chris said that he is inherently motivated by the fact that we only have one life to live. In this one life, we must accept the wholeness of opposing forces, harnessing both the good and the bad as fuel for progressing toward our dreams. 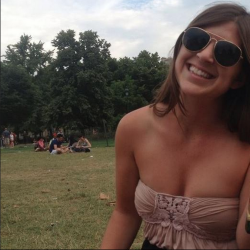